During the last 16 / 18 months I've been working primarily with Microsoft technologies on the Desktop. A big lump of: WPF + OpenXML + Entity Framework. In other words: big stacks, massive code bases and tons of hours trying to understand what is going on under every:

I felt a little bit saturated. I wanted a project on the side, something interactive. And that's how I found godot an open source game engine, an all-in-one package.

This game engine was born around 2007 and it's been in development since them. The project got a MIT license at the begining of 2014. The mainline today is on the 3.0.5 version and yes, there're versions for Mac + Linux. And just to make things even simpler, you can fetch a precompiled godot from Steam. It doesn't get simpler than that.

It's also possible to build the engine, that includes the tooling, from code, even though it's not the simplest distribution system I've seen. The "Compiling" documentation includes several step by step guides that worked well for me.

If you're working under Windows you'll notice that he size of the .exe is around 20MBs. That's all, that includes both the environment and the runtime. The editor, opened looks like this: 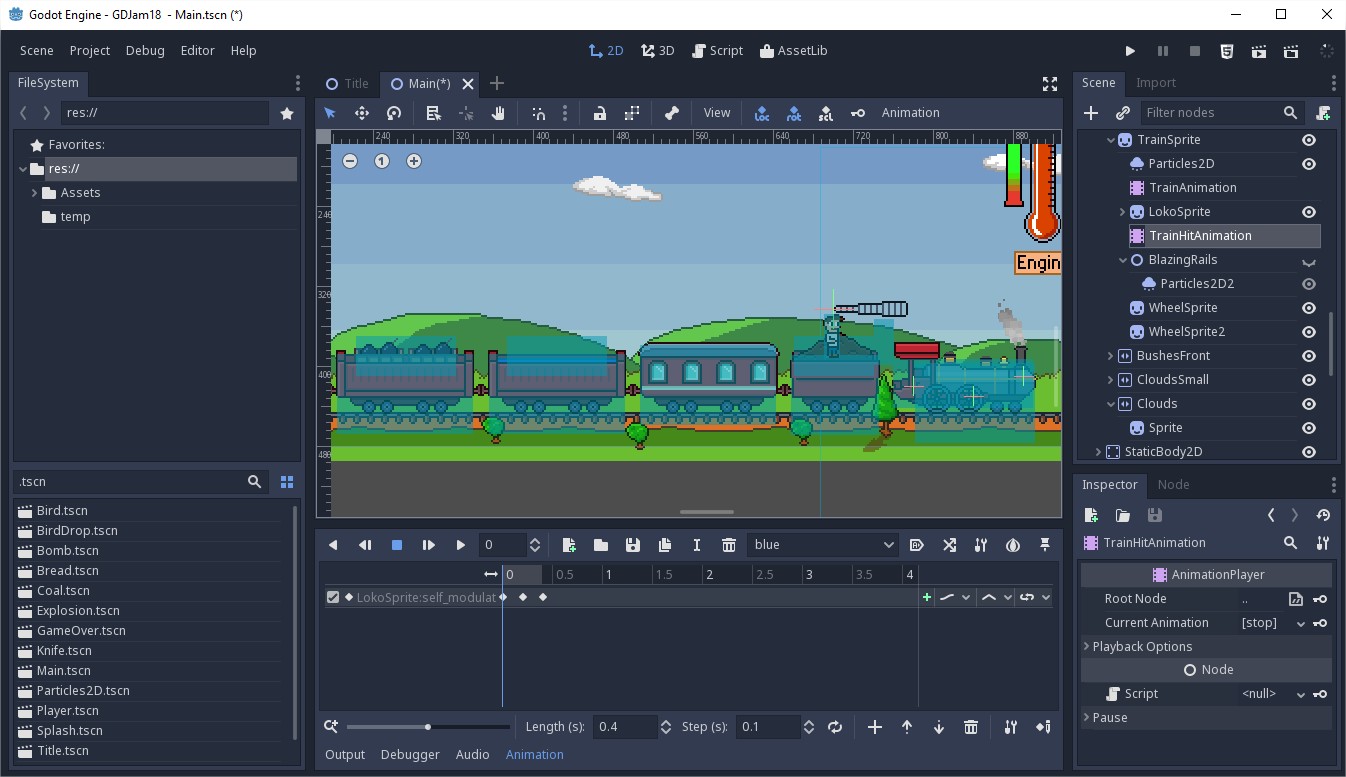 If you're interested in testing the game in the image, you can try to play it in a browser

As usual if you're planning on releasing in different targets, like iOS or Android, you'll need the SDK and the size may vary. At the moment there's no official support for consoles.

An interesting way of approaching this technology, is to check some projects. Luckily there was a game jam hosted in Itch.io: godot temperature game jam quite recently and the projects submitted are interesting to play and check. It's possible to download the sources and build the games by yourself, most of the titles I checked host the sources in github.

Godot architecture and code base makes it well suited for teaching and starting in gamedev. It's possible to devevelop new behaviors using the internal language GDScript.

It's also relatively simple to find YT playlists covering the basics of the engine, one example, found in Game From Scratch's YT channel, could be this one: Godot 3 Tutorial Series

I know there're a number of online courses, in the shapes of Patreon's + Online Uni's, etc. But I don't know enough about those to have a clear opinion or.

Meanwhile, in the world

And now for something completely different: while I was deep inside one of Microsoft's tech stack the guys've been busy and we have new nice and neat toys:

Blender is looking better than ever and it's approaching 2.8 at the wooping speed of a second per second. Perhaps this video could help you catch up:

Cyberpunk 2077 has a new trailer after years of silence. There's quite a lot to write about CD-Projekt, timing, marketing, and whatnot.

Battlefield V seems to be, somehow, advancing in time and the team travelled from WWI, into WWI + 1, or, in a trailer:

.. which, as usual, looks espectacular.